Your sweetheart is going to be shocked when she finds out that your anniversary present is a weekend in Paris, France. She will love you until the end of time! How to make it the best present and trip ever? Planning is the key to it all. You need to plan out everything, from tickets, to hotel, to romantic excursions, and of course the best restaurants that Paris has to offer. Here are a few tips to help you create the most romantic holiday ever.

Paris is filled with the most beautiful, romantic getaways, such as L’Hotel on the rue des Beaux-Arts, whose ancient cellar has been turned into a modern swimming pool, or the Mon, a boutique hotel located behind the Arc de Triomphe. A luxurious spa makes it a good choice. Lonely Planet and Tripadvisor are filled with excellent reviews so you can narrow down the choices and feel comfortable you are taking your sweetheart to the best place.

What more romantic place can there be than the Eiffel Tower? Le Jules Verne is a fabulous gourmet restaurant, with classic French cuisine, an extensive French wine list, outstanding service and the best view in all of Paris. It has garnered tons of great customer reviews on tripadvisor. The L’Abeille appears to be designed with romance in mind, with succulent dishes all evoking thoughts of love and closeness to your special lady. Check the travel reviews and book your romantic dinner as soon as you arrive.

It’s a special weekend, so skip the more touristy spots and take your sweetheart on some unusual excursions, such as the Paris Pastry and Chocolate Food Tour. A guide will take you to some of the best pastry, bakeries and chocolate shops in Paris. What woman does not love chocolate? End the day at the Club Raye in the Montorgueil section of Paris, considered to be one of the best piano bars in Paris.

Cover all your bases: smooth flight, top-notch hotel, romantic dinners, stress-free tours and chocolate.
Posted by Unknown at 2:08 AM No comments:

The annual "International Hospitality Industry Investment Conference" may be a mouthful but it signifies one of the cardinal events in the calendar of the entire hospitality sector. It takes place every year at the Tisch Center of New York University. This year's agenda was particularly interesting. 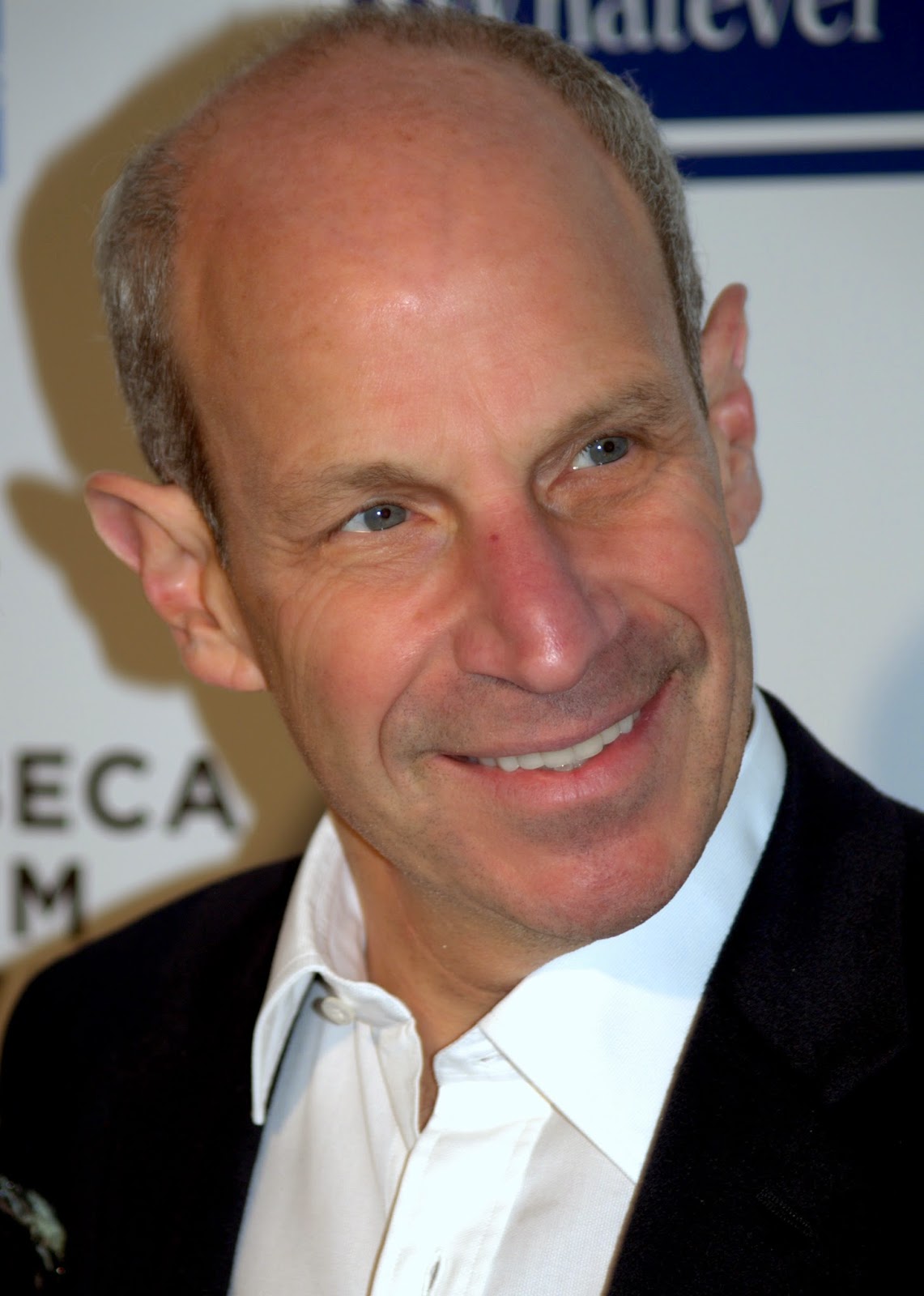 The Tisch Center, in NYU's School of Continuing and Professional Studies, excels at teaching three related fields: hospitality, tourism and sports. It places high value on immersing its students in the inner workings of the industry that exists outside the classroom, in fact all around it, in Manhattan. It is this junction or meeting place between academia and industry that makes the Tisch Center and the conference itself so interesting. In fact, a careful look at the conference agenda reveals a number of other such intersections between apparent opposites.

One of the prime motivations of the Tisch Center is to create opportunities for its students to network with industry leaders. The students are able to participate in this annual event that brings together real decision makers around core issues. But the intent is also for the leaders to meet these exceptional students who are well-positioned to assume positions of leadership themselves in the future.

Putting out fires versus predicting trends

Industry leaders want to provide true leadership, rather than put out fires. A conference permits them to step away from the burning responsibilities that currently vie for their attention, and take a long view, so that they can be anticipate future crises and seize opportunities on time. Many of the panel titles were exactly about this. The hospitality industry, like the travel industry, is prone to sudden shifts and tremors in the economic climate. Understanding trends is crucial for success.

Is the economy robust or fragile?

Investors need to know when and where to invest but are currently faced with contradictory economic indicators. Many of the panel discussions dealt with the conundrums of the financial climate.

Today's hotel industry mainstay may tomorrow be passé. Some of the panels tried to examine generational trends among consumers: how to create loyalty; when to introduce new features; changing attitudes to value and luxury; what the customers are looking for and why.

The conference topics were wide ranging, though very focused on real and pressing issues that can make or break fortunes. One of the most interesting questions is whether the industry is shaped more by competition or by cooperation. Conferences like this seem to prove that cooperation has a much higher value and that all players can benefit by networking, putting heads together, and leading the hospitality industry as a whole towards prosperity and success.
Posted by Unknown at 5:33 AM No comments:

No Pain, No Game?

We’ve all heard the famous words intended to push us to our limits when competing in a sports event. For runners, challenges are everywhere and the sweet feeling of victory, not just against others but against themselves, inspires them to go that extra mile, quite literally.
Most runners, when training, are battling endurance, time, and fitness limits to constantly improve on far or fast they can run. But what would happen to a runner who did not feel pain? Did not get that common resistance from their body telling them to stop, known in running terminology as “Runner’s Wall”? What may happen is an unexpected advantage.
Meet Kayla Montgomery, an 18 year old high school athlete with multiple sclerosis. For those that are not familiar, multiple sclerosis, or MS, is a disease that works to slow the body down, blocking nerve signals to the brain. Many people with this illness end up being confined to a wheelchair, having difficulty with their body movements. Montgomery is an exception.

Defying natural odds, she has chosen to not only continue running, as exercise is recommended for those diagnosed with MS, but to use this illness to her advantage. When Kayla is running, like others inflicted with MS, signals from her muscles are being blocked from reaching her brain – signals telling her she is tired and needs to slow down. What happens, instead, is that she can increase her speed, and continue running longer and faster than other runners.
Basically, while her competition is getting signals to slow down, Montgomery is not. Without the pain from her nerve signals, she is able to gain a competitive advantage. However, once she finishes a race, she collapses.
Beating all the odds, this unlikely athlete has taken a golden nugget out of an otherwise debilitating illness. She is an inspiration to us all.

Posted by Unknown at 2:28 PM No comments:

How hotels can increase their reservations

By Jonathan Cherins
It’s all about the money.
While travelers are busing themselves trying to find the best deals for the best price, a sea of overwhelming information can be more of an obstacle than an aid. Building business for hotels, while reducing costs and improving performance, can be a bit daunting, and TravelClick offers solutions to help the hotels that utilize their services worldwide thrive. 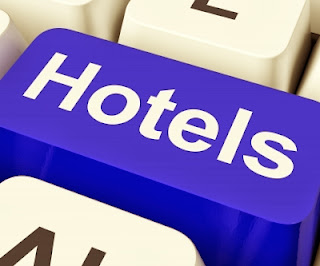 Looking to offer better insight into how hotels can grow and retain their client base, it offers free online webinars this month to review third quarter hotel performance results and trends for this year (2013). Due to the “noise” of having too much data available when mining through sources of market intelligence available to hoteliers, the webinar advises hotels how to extract insights from the source information that translate into value-producing actions.

The webinar discusses various ways in which advanced business intelligence could be translated into effective, profit producing initiatives that are comprised of marketing, sales, distribution, pricing, and revenue management. Based off of third quarter hotel performance, future trends are projected and analyzed. This is made easier in general due to the varied tools offered by TravelClick to their clients, such as their eMonitor market performance reports and expected future bookings for hotels. They simplify the research process and present hotels with a clear understanding of how they have been performing and what needs to change in order to perform better. The webinar is offered at three different times and available to TravelClick clients around the world, and focuses on how to approach the various market segments around the world and maximizing the internet to assist in the hotels’ flow of business.

Image courtesy of Stuart Miles / FreeDigitalPhotos.net
Posted by Unknown at 12:28 AM No comments:

TravelClick’s Executive Vice President
Jonathan Cherins is the Executive Vice President (EVP) of the Americas - leading TravelClick's Sales & Marketing efforts. He joined the company in 2010 as Chief Managing Officer (CMO). He has more than twenty years of experience in the marketing and technology industry and has gained a reputation as an expert sales & marketing leader.

Background
Jonathan Cherins grew up in New Jersey. He achieved a BA from Michigan University in Ann Arbor, MI and an MBA from Columbia University’s Business School in Manhattan, New York. He graduated his MBA with honors including the Dean’s List.

Career Beginning
Jonathan Cherins’ career began with Miller Freeman Inc. He started out as the company’s Sales Manager for the Eastern Region and later became the National Sales Manager. His roles at Miller Freeman were the stepping-stone to his career in marketing.

He later joined Juno Online Services, where he served as VP of the Business and Marketing Development Department. Due to his contribution toward the company’s business development, including the initiation of loyalty marketing programs, Jonathan Cherins was promoted to the position of Senior VP of Product Marketing. He served in this position for four years. During this time, he helped the company raise capital privately to increase subscriber counts and eventually go go public in 1999.

Following his tenure at Juno, Jonathan Cherins became the Director of Strategic Development at Dun & Bradstreet Inc. D&B provides data information on a subscription basis. In the capacity of his position with D&B, Cherins held several other positions including Director of Strategy and Business Development, Director of Small and Mid-Sized Business Solutions, and Senior VP for the Risk Management Solutions Department. Cherins’ experience in corporate strategy, marketing, and subscriber platforms were an asset to improving Dun & Bradstreet’s revenue and subscriber reservation.

Role at TravelClick
Cherins worked with Dun & Bradstreet for over eight years before transferring to TravelClick. Jonathan Cherins joined the company in 2010 as Chief Marketing Officer (CMO). Travelclick provides cloud based revenue generating solutions or hotels around the world. It provides reservation management, guest management, website presentation, media, and so forth. It has over 30,000 clients worldwide. Jonathan Cherins has utilized his experience to generate increased product demand through methods such as communication and engagement with clients, strategic branding, and initiation of corporate alliances. After spending a year as CMO, Cherins was promoted to run TravelClick's Reservation Product Groups in 2011. IN 2012, he was promoted again to EVP, Americas where he currently is responsible for all of TravelClick's Sales & Marketing efforts in Canada, United States and Latin America.

Outside the Office
Jonathan lives with his wife and three children in in Maplewood, New Jersey. When he is not in the office, he loves hanging out with his family. He enjoys golfing and cooking scrumptious meals for his family. He also loves to run and participated in his first races this year. These included a race to commemorate the 1972 Olympics and September 11th.
Posted by Unknown at 2:39 AM No comments: 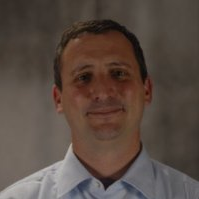